The research project : the leftovers (short-movie) Antonin has always been a creator, a storyteller, and he love to dance. He also paints, photographs and films. Born in Angers, he grew up watching dance. His mum had a true passion for it and took him to see shows from a very early age. He always knew he wanted to be a choreographer but instinctively felt he first needed to become a good dancer. After high school, despite never having done ballet and only trained as a contemporary mover, he integrated the Ballet Junior of Geneva. There he had three years of rigorous training, mainly geared to become a company dancer. Never fully fitting into this exclusively physical work with little room for intellectual inquietudes, made him seek for different paths once out in the professional field. His first contract was with Olivier Dubois. He was part of diverse projects throughout Europe, namely, he worked with Sasha Waltz & Guests, Ryan Djojokarso, Theo Clinkard, Sidi Larbi Cherkaoui, and more. He navigated the freelance dance field with curiosity, always making sure to challenge his path by diversifying as much as possible the movement vocabularies with which he worked. He slowly but surely started to build himself up as a choreographer, despite always feeling a little too young for it.

Antonin Rioche about The Leftovers: "The Nederlandse Dansdagen (supported by Korzo) offered me the opportunity to have a week-long residency to research a new project. I titled this short movie the research project: the leftovers.

At first, I started with the idea to create a post-apocalyptic work, from there I have found a lot of interesting questions emerging from this little scenario. I imagined the leftovers, the two performers, captivated in two separated rooms. They seem capable to see and observe each other but not capable to hear and speak with each other. The rooms are guided by the same voice, this invisible character that seems to control them, read their minds, and experimenting with them. With this work, I was questioning the subject of artificial intelligence in relation to human feeling. I would really love to develop this project on a bigger scale in my future career." 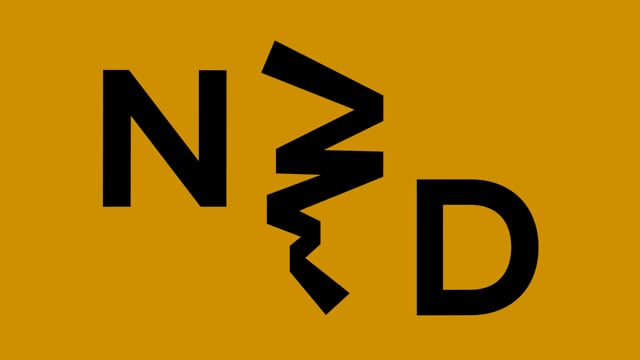 He feels that a part of him was dreaming of becoming a neo-classical dancer and that he perhaps uses this longing to dream big. If he couldn't have that side of Dance, he will have the other: to create, for virtuosic dancers and big stages. Fully embracing the intricacies of freelancing life as our contemporary condition, he creates through different lenses of expression. Movement is root for creation but not automatically the starting point. His works often depart from a text that he writes. From there, poetic interpretations emerge. Cataloging his ideas and inspirations, he creates in dialogue with his inner world. Time passing is a recurrent theme in his pieces. He sees beauty as a true source of interest: if you put enough time and contemplation, everything becomes beautiful. It's all in the details. His endeavors lie somewhere between the worlds of virtuosity and experimentation.

As one of Korzo's permanent makers, he has choreographed The Others and Finally a sign of life for the Hague festival Here we live and now . At the invitation of Korzo and Nederlands Dans Theater, he presented his first full-length performance in 2021: Glitter. This new piece premiered during the CaDance Festival 2021.

Asides from stage works, Antonin works hand in hand with film. His first solo in 2017, Oh boy!, created during the Eastman Summer Intensive (which toured in Europe as a piece first) became a film, and was selected and awarded by several film festivals around the world. His duet Finally a sign of life is also now produced as a film, shot in Museum Voorlinden, it will be shown at several festivals across Europe.

This performance is only sold within the passe-partout.
Find the overview of all the performances within this package here.