Connor Schumacher has been nominated for the Dutch Dance Festival Maastricht Prize 2019. Threesomeis a triple bill that opens with his successful piece Exhibitionfrom Krisztina de Chatel’s Keuze 2. In the second piece, Asset, Liability, Equity, that Connor made for Conny Janssen Danst, he transforms the three elements of the balance sheet in accounting into a violent power struggle. The triple bill is concluded by The Fool Playswith Himself, in which the fool is Connor Schumacher’s alter ego; a character who reacts frankly in every situation he finds himself in.

An immersive experience that leads you into the world of Connor Schumacher as choreographer.

In his idiosyncratic, performative work, Connor presents the world the way it is: hardcore and in your face. He is influenced by jazz and the musical resulting in absurd, humor-ous and abrasive scenes.

About Connor Schumacher
Connor started his education as a dancer at the Purchase College Conservatory of Dance in New York. Since 2013 he has been developing his work under the aegis of Dansateliers, including Boy Oh Boy (2013), Boy Oh Boy 2: God’s first creature (2014), The Fool (2015) and OK Future (2017) in collaboration with Lucy Suggate. As part of the European project Dancing Museums, he presented work in museums in 2015-2017, including the Louvre (Paris), The National Gallery (London) and the Museum Boijmans van Beuningen (Rotterdam).

In 2017 and again this year, he was nominated for the Dutch Dance Festival Maastricht Prize. 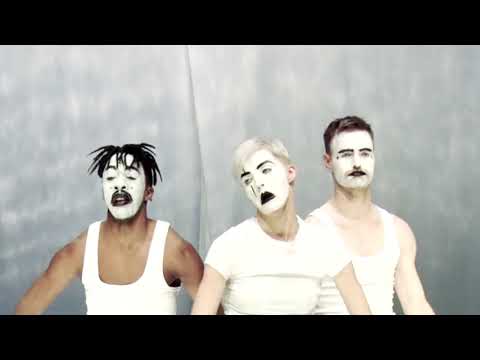 Keep up to date with the latest news from the Dutch Dance Festival?