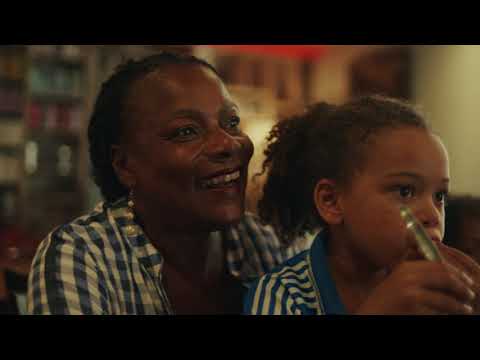 Alida Dors: “That both festivals give me this invitation is a beautiful challenge. They consciously made this choice together, and I am free in form and text to do what I think best suits my message. They convinced me with that. I pick up the mic, because...my silence will not protect me...you...or us!"

The State of Dutch Dance will be published online on Friday September 30 at 11:00 AM.

You can register for the online program here: https://en.www.nederlandsedansdagen.nl/home/online-programma

Alida Dors is one of the pioneers of hip-hop dance in the Netherlands. By working at the intersection of text, dance, performance and music, she has built up a good national and international reputation and a strong network as a theater maker and choreographer. With her work, Alida creates adventurous interdisciplinary dance chronicles with influences from hip-hop and modern dance – socially and politically aware, urgent and relevant. Alida questions the norm in the established theater and dance world. She represents a generation of leaders who cherish its roots and cultural baggage and take it with them in everything she does. As a maker and artistic director of Theater Rotterdam, she strives for polyphony and actively works to break down the barriers between audiences, makers and disciplines.

This autumn, two performances by Alida Dors can be seen. From Tuesday 30 August to Sunday 4 September Theater Rotterdam will open the new season with Track: R.I.O.T., and from November 9 the performance Primisi will play in Theater Rotterdam and go on tour through the Netherlands.